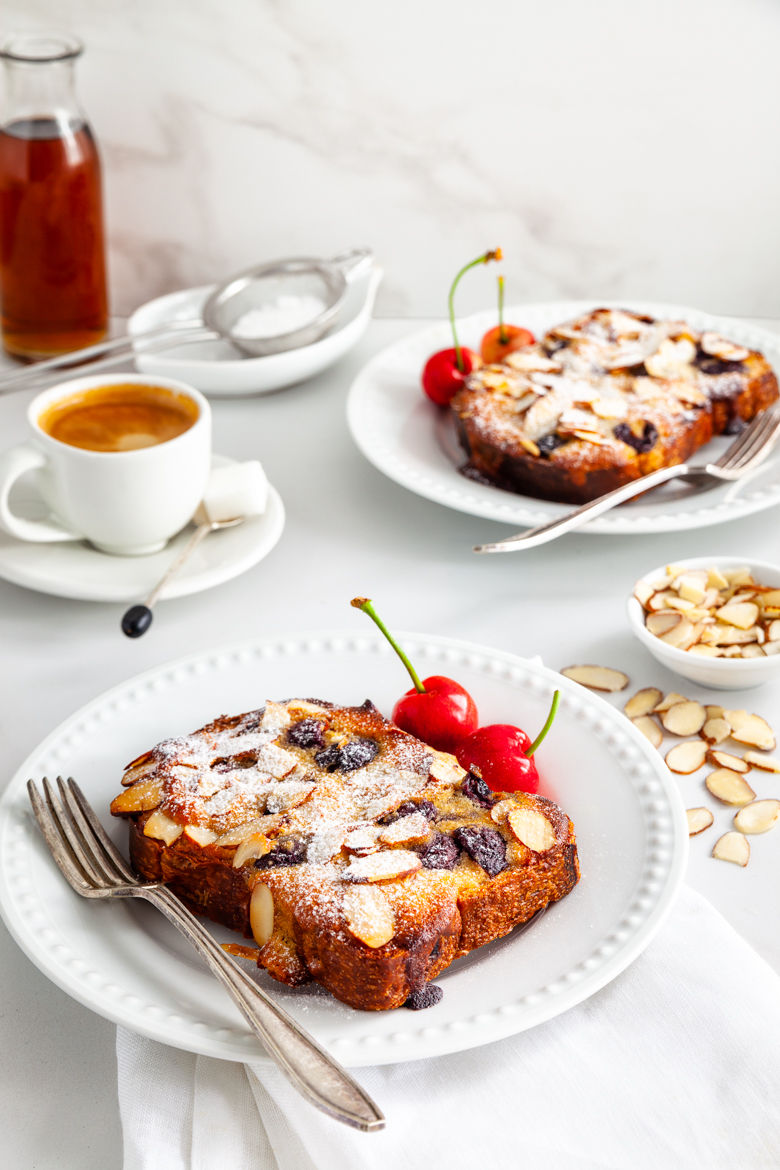 This is my version of Bostock or Brioche aux amandes. I have used fresh cherries as I just love them at this time of year. Another favourite was the marmalade version below and I also have included a Christmas mince version.

This is a lovely brunch option and is also great with coffee.

Have all the components ready the night before and assemble the brioche in the morning and bake. Best eaten warm.

1 batch frangipane – below
Orange syrup – below
1 brioche , ends trimmed slightly andsliced into 8
flavouring of choice – see below
70g or so of sliced almonds
icing sugar to dust

Beat butter with a spoon until soft, add in icing sugar or honey and mix well to combine. Add in almond meal and mix, followed by egg and vanilla.

Store in fridge until ready to use, bringing it out to room temperature before using. This makes it easier to spread on the soft brioche.

Bake at 180 for 20-25 minutes or until golden. Cool slightly and dust with icing sugar. Eat warm from the oven with a good cup of coffee. Bliss!

Brush with orange syrup. Spread marmalade over brioche slices and top with frangipane and then sliced almonds and bake as above

A Christmas twist, perhaps replace the vanilla in the frangipane for rum or brandy too.

Brush with orange syrup, spread over the Christmas mince, followed by the frangipane and sliced almonds. Bake as above.