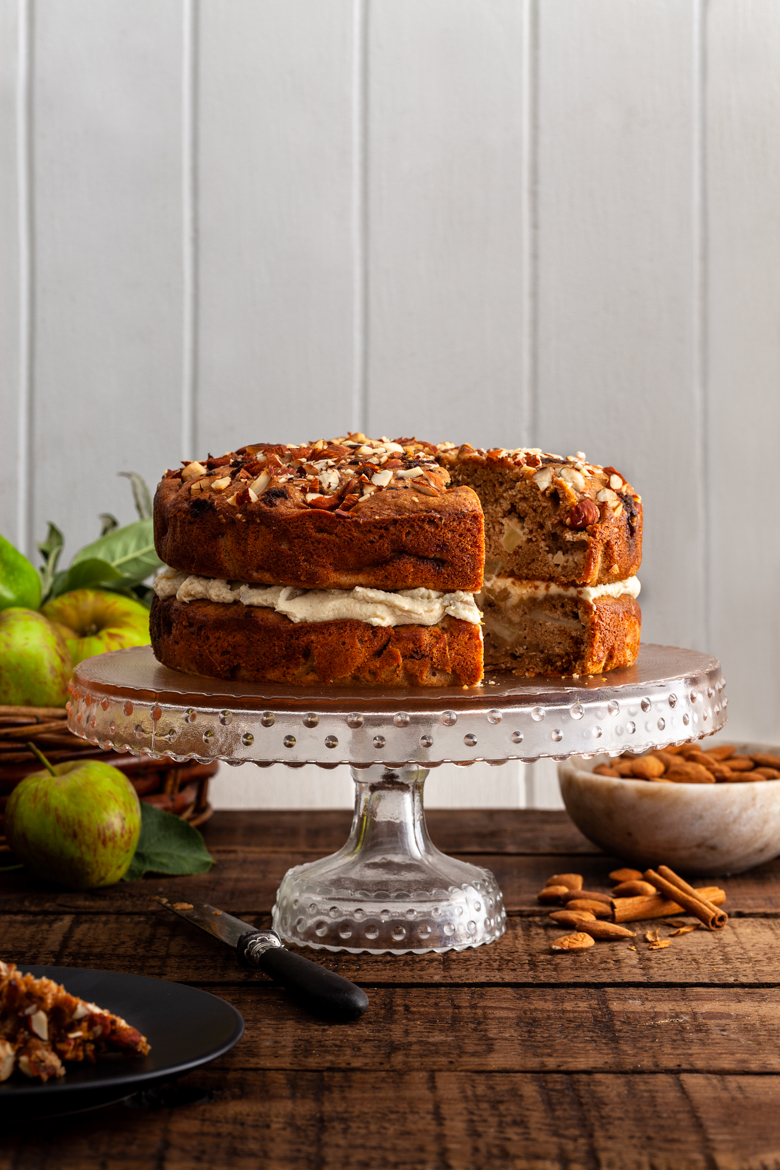 This is one of my favourite cakes at this time of the year, mostly because it is so simple! If you want to layer the cakes like I have in the photo, you will need to double the recipe and make two cakes. Filling it with the mascarpone filling below. If you just make one, you can just serve it with mascarpone apple filling or it is still just as good on its own. I feel like this would be delicious with pears too. This cake is based on one my mum makes.

Place the diced apple, melted butter, yoghurt, sugar, maple syrup, vanilla and the egg in a large bowl and mix to combined. Sift in the flour, baking soda, ground almonds, salt and spices and fold together. Scrap mixture into a greased and lined 20-22cm cake tin. Top with the chopped almonds and bake at 160 degrees for 30-40 minutes or until cooked.

To make the filling, heat the butter in a small pan and add the apples and cook on on a medium high heat until starting to soften. Add in the maple syrup and cinnamon and continue cooking until the apples are soft and slightly caramelised. Cool.

Fold the mascarpone and yoghurt together, followed by the cool apple mixture. You may need to add a little more maple syrup depending on the sweetness of the apples.

Spread the filling on one cake and top with another. It’s as easy as that.